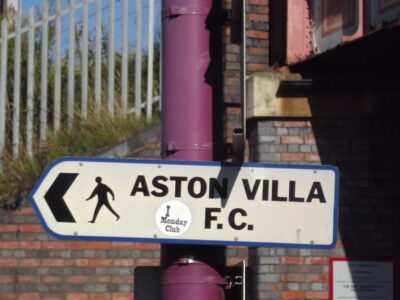 I doubt I’m the only one who love watching the Villains this year. The midlands club are probably being everyone’s second favourite side. Jack Grealish has taken the next step in his development. Arguably the favourite to be named player of the season at the moment. He’ll recognise he’s managed to reach these heights, thanks to the help of the other attacking threats at the club. Watkins, El Ghazi and Traore free up space for the Englishman, which Grealish then exploits wonderfully.

You could say they lack consistency. Recently going on a run of winning once, then losing the next game. I’d like them to sign a physical recognised defensive midfielder, tasked with just sitting in front of the back four. Even though the stats prove they have been strong defensively until this point.

Not much business from Villa, but in landing Morgan Sanson they’ve bought well. In my opinion, his value will rocket at the club. A real talent with passing ability that is hard to find.

Though they can be more than happy with their growth this season, perhaps they should’ve added more to really step on? But sometimes adding too many can kill the chemistry in the team. Time will tell, but I expect more arrivals in the summer.

As a fan I would be happy with wherever they finish this year. More importantly, I think they have a great chance of building on this season, next year.

They’ll probably just miss out on a place in Europe, but they’ll be fighting for that chance until the end of the campaign. I think other clubs will be trying to break up the strong English core at the club when the Summer window opens. Hopefully Dean Smith, Watkins and Grealish stay in Birmingham.