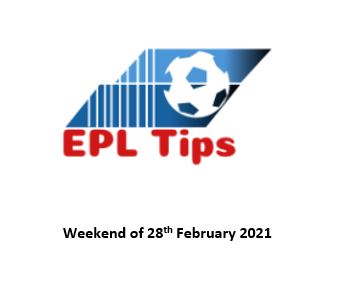 Going into this game on Monday night, the toffees may have the added boost of knowing two of the teams above them have dropped points. West Ham and Chelsea both having difficult encounters this weekend, against the top two

I can’t see Arsenal winning this one. Leicester have six wins in nine, while the Gunners have a single win in the last five.

Five defeats in their last six for Spurs should give Burnley the confidence to attack the home side. These odds are too good to refuse.

I think this one promises to be a good watch. Manchester United cause everyone problems and they tend to score but aren’t the strongest defensively. Chelsea are slowly improving offensively and they’ll have enough to hurt the Reds.

Even though their form has vastly improved under Tuchel, they’ve not truly been tested yet. Nor have they blown away any teams. Yet to score three under the new manager. United are further into their progress, more of a team and I feel are favourites here. Recently grabbing 3 goals against Liverpool and Everton, 4 against Sociedad and 9 against Southampton has convinced me they definitely have the firepower to seriously hurt Chelsea. Being so offensive, leaves them vulnerable at the back, and more often not they will concede.

The form books suggest Leicester should be favourites here. I think the home side will be the hungrier and aim to score early, allowing them to heap the pressure on a team that always look fragile and ready to collapse.

EVERTON – Southampton: Everton Win and Both Teams To Score (16/5)

The Toffees will surely be going into this one full of confidence. Riding high following a long awaited win at Anfield, they’ll also have talisman Calvert Lewin back in the XI. With the game at Goodison Road falling on a Monday night, there’s a good chance other results have gone their way by this point. That being because Chelsea and West Ham face tough tests against the top two in the division.

Southampton did manage to score against Chelsea though. Becoming only the second team to do so since Tuchel became manager. So they’ll fancy their chances to grab at least one goal.