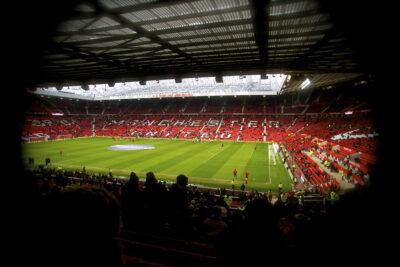 On the brink of being sacked, Ole Gunnar Solskjær has pulled off a masterstroke in pushing the Red Devils to second place. This has undoubtedly helped secure his job. Having managed to go unbeaten since the 1st November in the league, Ole has silenced many of his critics.

You’d hope fans will forgive him for being on the end of the shock result of the season, which ended that impressive unbeaten run. Sheffield United managing just their second win of the season. This was alarmingly Manchester United’s 4th home defeat of the season, from 10.

As I’ve already alluded to, their defence is not up to the standard expected of a team challenging for honours. De Gea can no longer be considered among the elite in his position. He’s even struggling enough to have fans questioning if he should be replaced.

Maguire looks unlikely to ever justify the huge amount spent on bringing him to the club either. When you look at his level of performances and the fact he has no major honours under his belt, his role as captain of a club this big is worrying. They clearly lack leaders, something pundits have been highlighting for some time.

I would argue no single player in the entire division is more relied upon to deliver than Bruno Fernandes. Without him I couldn’t see United finishing in the top 4.

Amad Diallo arriving will have fans salivating. Given how few appearances he has made as a professional, one might think that the £37 million transfer fee is anything but absurd! Atalanta set their price high for this prospect. However, his debut with the U23’s will already assure some fans that this young star will prove to be worth every single penny. The Ivorian netting twice already.

Although, their form has been strong over the last few months. I cannot give United any hope of finishing first. On 7 occasions this season, the club have had to come from behind to get all points. While this shows a great never-say-die attitude, any manager will be concerned by how often they are behind in games. They seem unable to impose themselves early on and concede far too many. At the time of this review they have the joint worst defence from the top 11 sides.

If you enjoyed this review, why not read our Manchester City mid-season review too?

“Old Trafford Manchester United” by Paolo Camera is licensed under CC BY 2.0 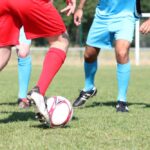