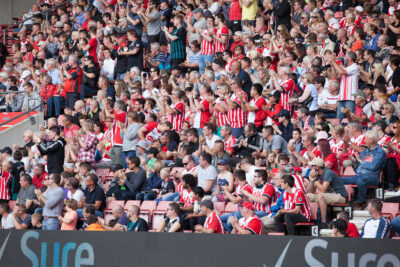 It’d be unfair on the Saints to just consider their last 5 games which have been all losses, and dismiss them entirely. I think the season as a whole has been satisfactory for fans so far.

Granted, Ralph Hasenhüttl has remarkably been on the end of two 9-0 defeats in his time at the club, but he still has them sitting in twelfth. A position I’d argue isn’t where you’d expect them to be, when you look at the squad he has at his disposal. How many of his XI would get into the XI of the teams above him? Perhaps only Danny Ings and James Ward Prowse, and if we are honest even that’s at a push.

A lack of depth means they struggle to maintain the levels of fitness required to carry out Hasenhüttl’s instruction. But you could argue the manager should be more open to different approaches, rather than crashing to such lows like their recent 9-0 defeat. Your will and professionalism is almost questioned after such performances. Confidence will be at an all time low.

Minamino arriving on deadline day on a loan, came out of the blue.  His debut only convinced me even more that it was a great bit of business. The Japanese netting smartly and impressing throughout.

I think they should’ve brought in a striker to compete with Che Adams for a starting spot next to Ings.

I only see Southampton struggling for the remainder of the season. They did enough early on in the season to not really have to worry about being pulled into a relegation scrap, but you never know! If things continue like they are, perhaps a new manager will arrive too. I think they’ll finish around 16th.

“Southampton FC versus Sevilla” by Solent Creatives is licensed under CC BY 2.0