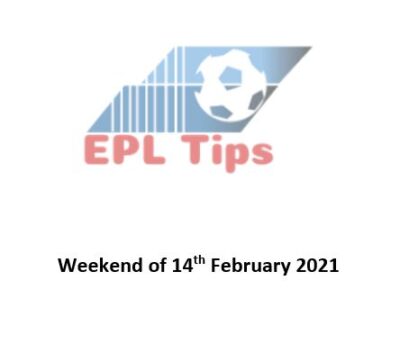 Every week, we are going to be offering weekly EPL Tips. There will be three different bet types “Bet Builder“, “I Like Our Chances” and “Gamblers Choice“. Each bet will highlight the games, the odds we found and the reasons for the tips. This week’s tip are below.

Since 1st November, Villa have only failed to score in a game on two occasions, from a possible 17. Once against Manchester City away from home and Burnley too.

Despite only winning once at home, Brighton’s goal against (GA) record isn’t too bad. 11 goals conceded in 11 home games.

I just feel Aston Villa have too much offensive threat, while hungry to maintain hopes of finishing in the top 6 alive.

5 defeats on the bounce in the league for the Saints and 12 conceded in their last two, has me thinking those odds are worth taking that they’ll concede again.

Bookies will probably be giving such odds, as Wolves have failed to score in 3 of their last 4 league games but those odds are too favourable to not take.

As mentioned previously, Brighton have only won one of their 11 home games. Tie that in with the fact that Villa have 6 wins from 11 away games and 4 defeats (both Manchester clubs), these odds are quite favourable.

You’d fancy anyone to beat Sheffield United this season. So far they’ve lost 18 of 23. West Ham are having an incredible season under Moyes and will see this as a must win game, to stay close to the top 4.

Everton have two games in hand over the teams above them. If they win both, they’d be 3 points clear of 5th. That motivation should be enough to push them to victory against a Fulham team in the relegation zone.

Liverpool will know the importance of this game. If they fall out of the top 4, the season could turn become catastrophic. Defensively, they will still suffer and I can’t see them avoiding conceding, but they undoubtedly have the talent to score a few and get the win.

3 wins from four for Leeds, two of which were away against Newcastle and Leicester. Arsenal only have 1 win in their last 5. This came against a Southampton team who are seriously out of form.

Brighton vs ASTON VILLA: Aston Villa to Win and Both Teams To Score (16/5)

Aston Villa usually offer up an exciting match. Able to attack in numbers, they may leave themselves exposed at the back and concede in this game. That shouldn’t stop them targeting a win. Definitely capable of netting 2 or more.