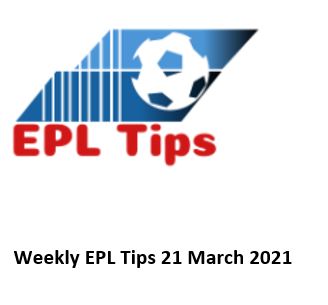 Both clubs can feel Fulham breathing on their necks, as we approach the final quarter of the season. Newcastle come into this on a 3 game unbeaten run, albeit all draws. They’ll need to approach this with more attacking intent, trying to get all 3 points. I trust they will at least grab one goal.

Four of Arsenals last five games have resulted in both teams scoring. The same record applies to their last five away games too. West Ham know how important a win would be so they’ll be going for it. Hoping to catch Chelsea in fourth.

Two wins in ten away from home isn’t good enough for Spurs. Their form has picked up lately and they’ll want to prove the derby loss was just a blip. Without a win in three, I see Villa struggling. Only managing a 1-1 draw to Newcastle and a shocking 1-0 defeat to Sheffield United. Spurs will pose a much bigger threat.

Before their win last weekend, Brighton hadn’t won in five. Losing three in a row. Most notably against West Brom and Crystal Palace. Teams who play a similar game to Newcastle. Whilst Newcastle themselves have remained unbeaten in three.

Brighton have lost their last two home games and conceded twice in both. Newcastle have scored in six of their last league 8 games, but only managed to net twice on two occasions. At these odds, I think it’s worth taking a chance on.

Leeds have lost three of their last five league games to nil, and drawn another 0-0. Fulham will come into this the more motivated, desperate to climb out of the relegation zone. Putting pressure on Brighton and Newcastle, who face off the next day.