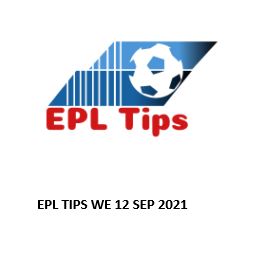 Three games in and the season couldn’t have started any worse for Arsenal or Norwich, with neither team managing to earn a single point yet. The manner of the defeats for the Gunners has many calling for Arteta to be axed already. The Spaniard will need to thrive under that pressure this weekend as anything but a win will be hard to come back from. The fact they thrashed West Brom 6-0 leads me to think they could do the same to Norwich, who are of a similar standard. I’m convinced they have enough to get the three points.

Given how they’ve started the season, I can’t see West Ham failing to score against the Saints. This’ll be their second away day of the season having managed to score four at Newcastle on the opening day of the season. They followed that up with four against Leicester then two last time out at home to Crystal Palace. The home side have yet to keep a clean sheet either, averaging two goals conceded a game.

Knowing they need a win, I expect Arsenal to be fired up from the first whistle, desperate to take an early lead to calm the nerves. It’ll have to happen too, if they want to avoid the fans turning against them. Having lost to Brentford, failing to win against another newly promoted team won’t be accepted.

Though I’m sure the home side will be encouraged by their performance last time out, managing to draw away to West Ham, the international break could’ve came at a better time for them. Their only game at home so far this season was against Brentford, a performance that proved to be lacklustre. Spurs have managed three consecutive 1-0 wins so far and another clean sheet could be coming. The home side have already failed to score in two games. Momentum is with the visitors, with Captain and Talisman Harry Kane still at the club. They should win here.

From the six league games played between the two sides so far, an average total of 4.1 goals have been scored, without a clean sheet for any of the sides involved. I think it’s quite likely both teams will score again but that West Ham have too much offensively to bet against them winning.

I think that Leeds are likely to always struggle against the top 6 teams, playing as they do. Too weak defensively, they lack the firepower to try and outscore a team like Liverpool, who have been strong at both ends of the field so far. They look hungry and I’d be very surprised if they don’t win.

I’m sure Guardiola is anticipating a much harder fight for first place this year, with Chelsea and Liverpool starting very strongly. Even bitter rivals Manchester United looking well equipped to fight until the end. So, managing to win away from home at places may end up proving the difference. Though I applaud the business that Rodgers did over the summer, I’ve not been as impressed with their form so far. Winning by the one goal against Wolves and Norwich and being thrashed against West Ham pushes me to thinking City could do the same. They’re going to be too strong for most teams again the season.

The odds in this article were sourced from Coral Sport.