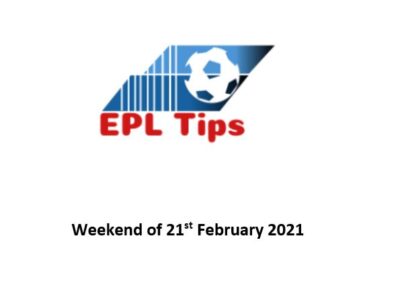 Every week, we are offer weekly EPL Tips. There will be three different bet types “Bet Builder“, “I Like Our Chances” and “Gamblers Choice“. Each bet will highlight the games, the odds we found and the reasons for the tips. This week’s tip are below.

Tuchel has done wonders since taking over. Following a draw away to Wolves on his first game in charge, the German has guided the blues to five wins on the bounce. Only conceding once in six.

The form of Southampton also points to Chelsea extending this good run. The Saints have lost six consecutive matches in the league.

It’s clear to see the work Scott Parker has put in to make the side stronger defensively is paying off. Much more competitive now, the Cottagers have only lost once in their last six. They’ll know this game is a perfect chance to move closer to escaping the drop.

In 4 of their last 5 league games, Leeds have been involved in games where both teams have scored. With Wolves just one position below them, I think this promises to be a close game where both teams go for all three points.

So far this season, Everton have always managed to score against the top sides in the division. Even managing to end Manchester City’s incredible long run of not conceding. It’s also worth noting that Liverpool have failed to register a clean sheet in their last six either.

Burnley tend to have enough to grind out a win against the teams below them. And if not, rarely lose. And even if West Brom may be boosted by a decent draw at home to Manchester United, with just one win in their last fourteen, it’s difficult to see them getting the three points here.

Five consecutive wins for the blues and six straight losses for the home side. Surely Chelsea are big favourites to win this one.

I can’t recall a more important derby for the Reds than this one. They know if they fail to win this, Everton will leapfrog them in the table and they’ll fall further away from the top four. They’ll have to be at their best offensively as their defence isn’t dependable and Everton always do well against the top teams.

Aston Villa vs LEICESTER: Both Teams to Score Leicester WIN (16/5)

Leicester won’t need much motivating for this one. An incredible win against Liverpool last week and Manchester United drawing at West Brom, meant the Foxes moved joint on points with United in 2nd. Aston Villa have lacked consistency of late but are always a threat. I’d always fancy them to score.

Only twice in their last twelve games, have City not been leading by the 60th minute. Arsenal won’t have the belief to attack and hurt the runaway leaders, who should find a way to be winning by 60 mins.