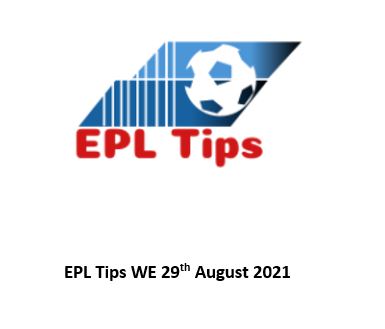 The new season is underway, a couple games in and I’ll be posting tips regularly again. I hope you enjoyed the summer and are excited about the new season. Here’s this weekends tips.

Having managed to net twice in both their league games this season, I’m confident Villa will again manage to net at least one against a newly promoted team, especially with home advantage to count on too. Already a strong attacking team last season, I feel they’ve only strengthened this year with Buendia, Ings and Bailey all arriving.

Despite the home side boasting a strong defence, I still feel Everton will pose Brighton some serious problems this weekend. The Toffees netted three on the opening day then scored twice last time out as well. I feel it’s a little premature to be tipping Brighton as the surprise team of the season, like some are already. In truth, their two wins were against teams expected to be fighting for safety. I am actually more intrigued by Everton, who under Rafa’s guidance could shock a few people this year.

To achieve their targets this year, Dean Smith knows his side need to be winning these sort of games. Brentford will be looking at it differently. They’ll be happy to return to London with just a point. Though they did manage a decent result away to Crystal Palace last time out, Villa will test their backline much more and I feel they’ll struggle to contain them for the full 90 mins.

Back to back one-nil defeats to start their campaign won’t fill Lage with confidence ahead of them welcoming Manchester United to Molineux on Sunday. A disappointing draw away to Southampton will mean they’ll be extra motivated too. They’ll know they need to kick on and not allow a gap to form from the contenders this early in the season. I expect it to be cagey but Manchester should be able to contain Wolves fairly well, given that they haven’t scored yet. I can’t see United not scoring, so a win is the most likely result here.

I’m already struggling to see how Norwich will avoid relegation this year. Their defensive set up appears non existent having already leaked eight goals in just two games. Though Leicester come into this on the back of a thumping themselves, I can’t see that happening again this season. Unlike Norwich, they’ve actually spent very well this summer. I think Rodgers will have his team ready to dominate from the first whistle.

On the back of their amazing win against Leicester, confidence will be high for the Hammers going into their first London derby of the season. Palace were already thrashed away to Chelsea and I can easily see a repeat here, considering Moyes’ side have netted four in both their league games so far.

Two defeats but only two goals conceded suggests Wolves aren’t easy to break down but aren’t going to be much of a threat offensively either. Manchester United however have managed five goals in the second half and just one in the first half. Whilst I believe Wolves will be hard to break down, I think it’ll only be a matter of time and once they do crack, it could be an impossible task in stopping the visitors getting more.

As I’ve already said, I just feel Everton are being overlooked this year while Brighton may be over confident after rare back to back wins. They’ve not come up against teams that will be as hungry as Everton to get a win and they may be caught napping.

The odds in this article would sourced from Coral Sport.